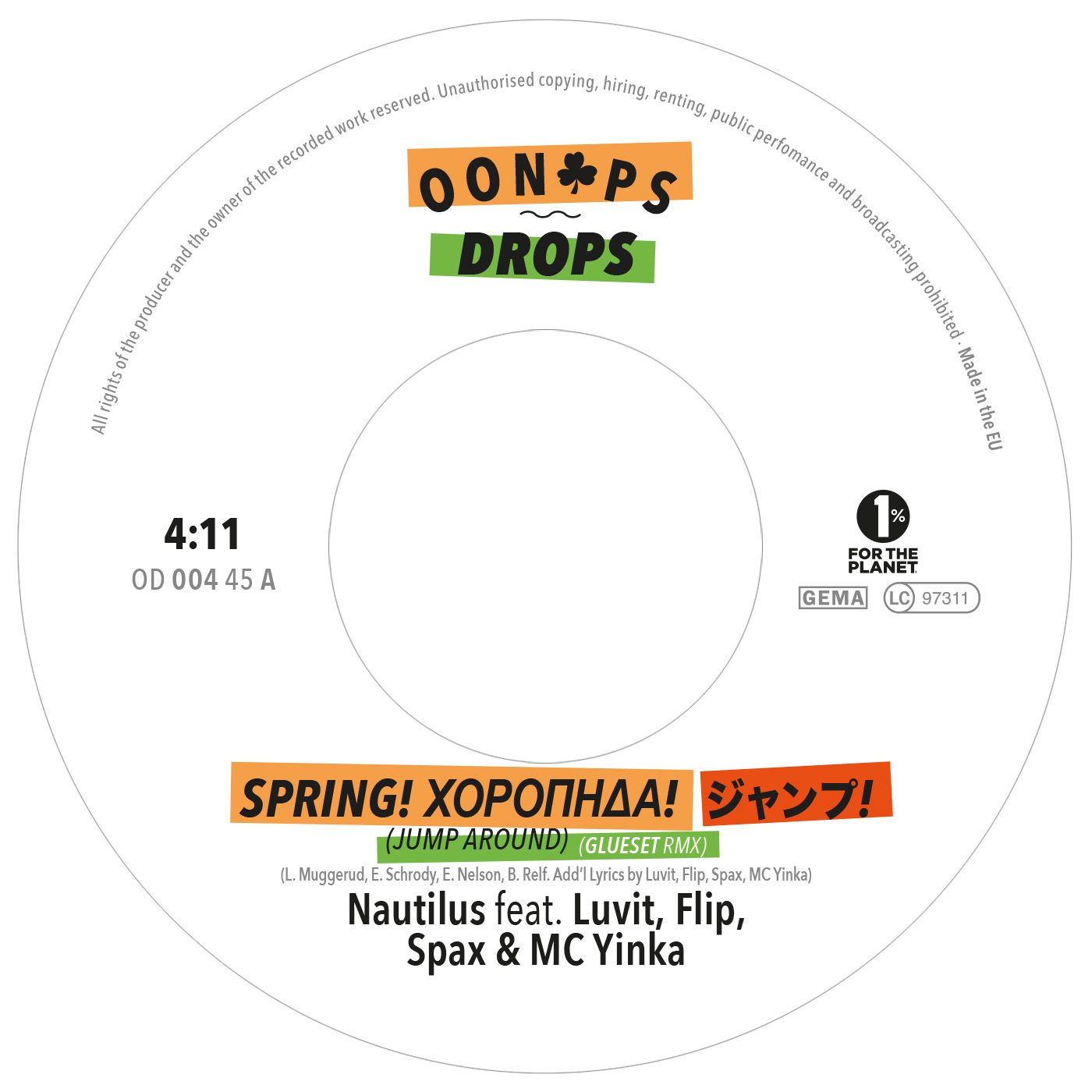 Everyone knows the iconic Hip Hop anthem »Jump Around«. What about giving it the ultimate cover version twist by Japanese Jazz Trio Nautilus plus international artists Luvit from Japan, Flip (Texta) from Austria, Spax from Germany and MC Yinka from Greece who are spitting their rhymes in four different languages over it plus Glueset who edited it to the perfect version? It nearly took two years to get this project finished!

The flip side starts with the original version of »Rokucho«, a beautiful traditional Japanese song with dilla-esque beats by experienced Japanese singer Anna Sato and drummer Toshiyuki Sasaki from Nautilus. After that their song gets remixed by Berlin based duo Slick Walk (Merse & DJ Robert Smith) who give it a mysterious chopped up and laid back treatment to full effect.

Limited on recycled white vinyl. Only a few records will see the light worldwide beyond Bandcamp!