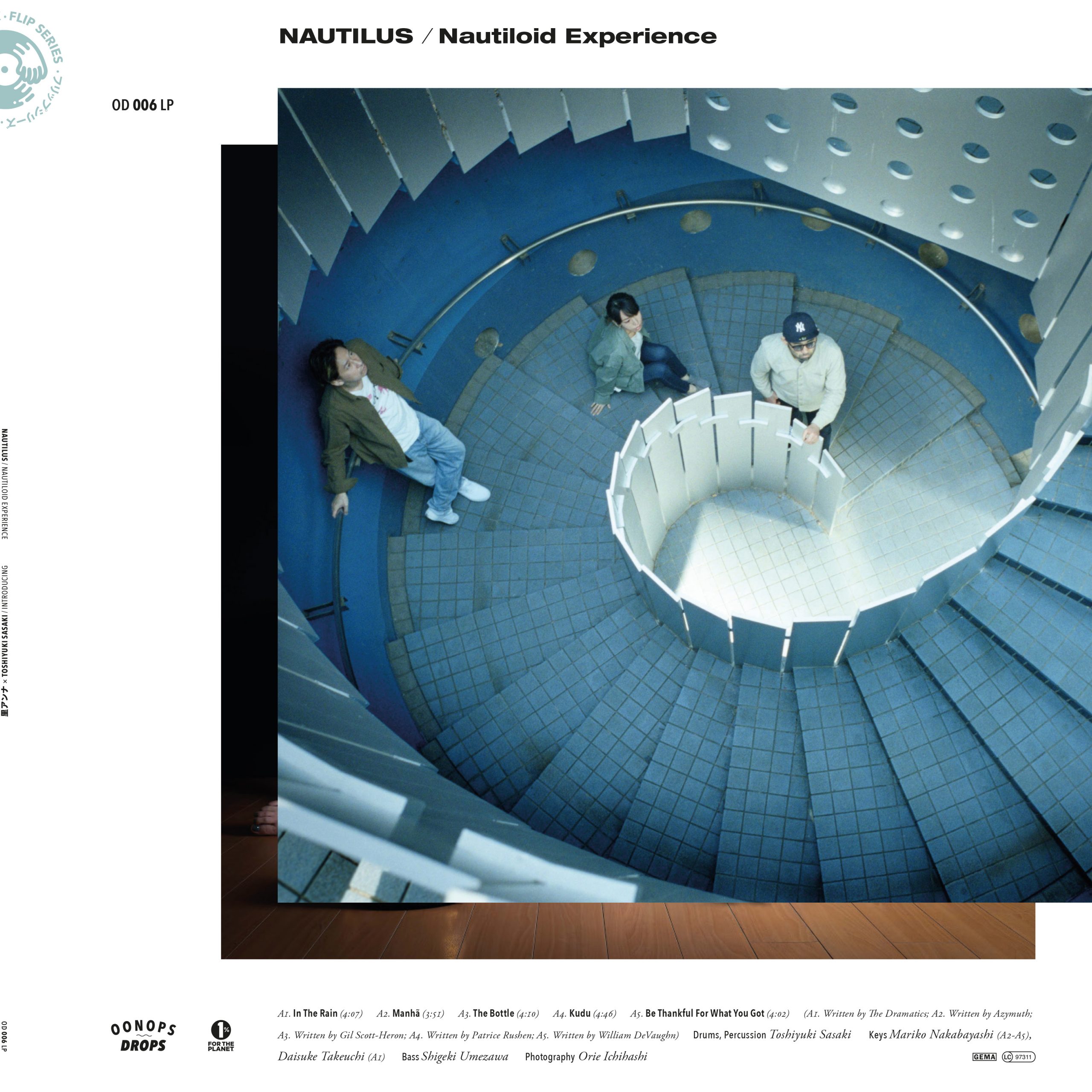 Welcome to the FLIP SERIES. It’s a new series where a group or an artists are sharing an album together.

Japanese Jazz trio Nautilus are starting with the A-Side. Label head Oonops is working with them since 2017 and this is their eighth common project. He selected two of his favourite tunes from Nautilus back archive which are called »In The Rain« – a cover version of an old soul classic by The Dramatics from 1971 as well as »Kudu« by Patrice Rushen from 1976 (both previously only available on the Japanese market). Additionally there are three new cover versions which Oonops desired to get arranged: »Manhã« by Azymuth, »The Bottle« by Gil Scott-Heron and »Be Thankful For What You Got« by William DeVaughn! All classics and new reinterpreted in the typical Nautilus way.

For all fans of this band: stay excited because a debut live tour for Germany in May 2022 is planned!