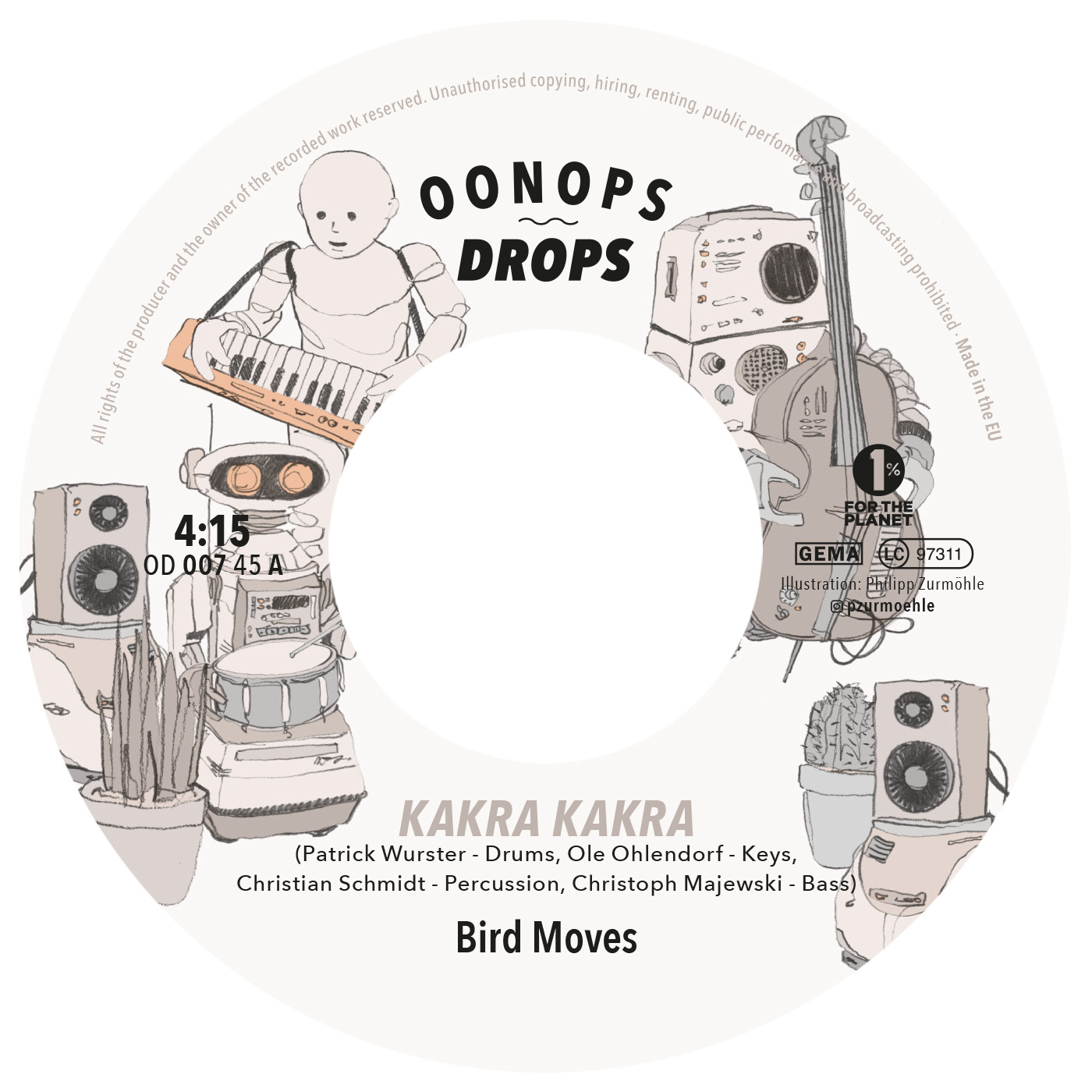 Bird Moves is the jazz offspring of the German band Noetics. Originally founded as a classical formation devoted to jazz, the members quickly explored its related styles. Without genre restrictions Bird Moves are mixing Jazz with anything from Funk to Dub and had their debut release on Agogo Records.

For this single they recorded two amazing new songs. »Easebound« is a groovy-breezy laid-back tune while late night cruising, slowing down or just daydreaming. On the flip you’ll get an afro-tingled mid-tempo track named »Kakra Kakra«.

This double-sider is pressed on limited black and orange recycled wax.