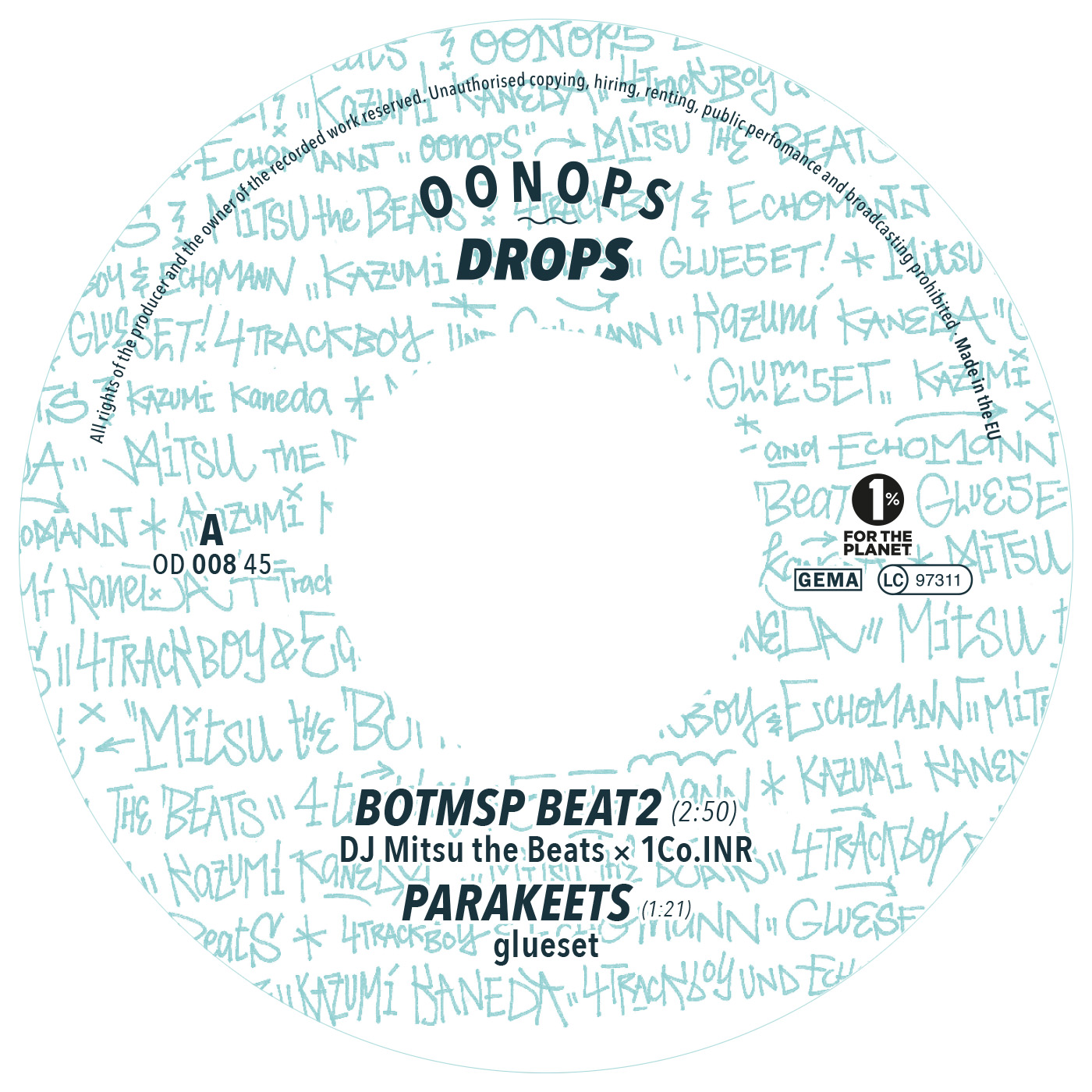 In the mix are renowned beatproducer DJ Mitsu The Beats from Japan who joined forces with 1Co.INR for a laid back instrumental tune with a well known core melody. Next up label-graphic design head honcho is back with a new’n’sweet mini beat called »Parakeets« before we get to the flipside. This gets started with German underground rap & producer duo 4Trackboy & Echomann a.k.a. Retrogott & Twit One who drop a sharp and jazzy dope tune for this release which gets rounded down with a beautiful jazzy hip-hop instrumental by Japanese jazz musician and composer Kazumi Kaneda.

Get your hands on these limited pieces of recycled vinyl, be that the colored or the black version (or the digital version).